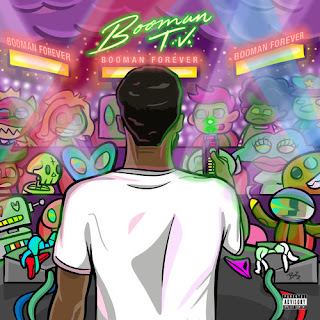 Black Imprint Ent artist Booman Forever is making major noise in Chicago and taking the lead as the next up in the city. From making music in his home studio to creating his own sound, Booman is proving he’s up next with his new mixtape. The mixtape features production from TY Whiteside, Shake and Bake with features from the major upcoming comedians in Chicago Korporate, Prince T-Dub and Dontario Hundon. His single Bad Bleep made noise on Complex soundcloud page along with follow up single Check in the Mail. His most prominent single Feelin on Ya and Who Do You Love ft. King Louie has been receiving great reviews considering his fan base knows the single verbatim. With a mix of contemporary, eclectic finesse Booman voice and lyrics are a sure shot of the new wave in Chicago. Check out his debut mixtape Booman TV and hear the world from his perspective.