A living legend in the Chicago Music industry, DJ Pharris began his professional career from 1986-89’ at Chicago’s WBMX radio station playing House music. Along with major collaborations in production with Future, R. Kelly and Kanye West “Fade and “Way Too Cold,” DJ Pharris has his hand on the pulse of Chicago. From being syndicated on over 48 stations and inducted into the Frankie Knuckles Dj Hall Of Fame, Pharris has garnered major sponsorships from corporations including Pepsi, Nike, Under Armour, Ciroc (P. Diddy) & Effen Vodka (50 Cent).

He recently launched new label TCMG (This Chicago Music Group) to feature major artist not only throughout the city but bring major artist from other markets to collaborate and give a fresh perspective of Chicago’s music business model. According to DJ Pharris, his goal and mission is “ to create a label and a strong team with seasoned vet Rita Lee to give back and grow our city, in our city, for our city #ThisChicago.” 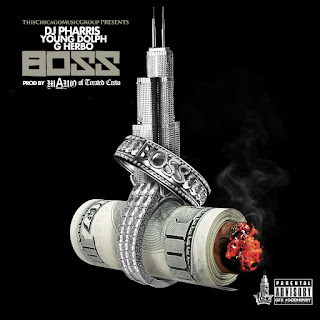 Via Brianna of Swank PR