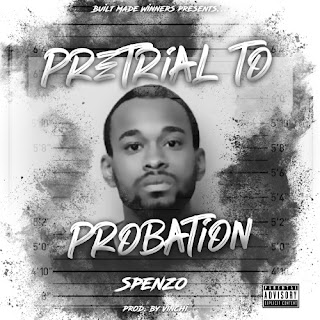 Spenzo just doesn't stop working, after recently dropping "VSOP" and "It's Lit" He comes back and released a new album titled "Pretrial to Probation" containing 8 tracks with features from GOD and Nuskie. The album is released under his "Built Made Winners" imprint and executive produced by Cvinchi. About a year ago, Spenzo was arrested for driving with a loaded gun, his bail was set at $5,000. In this album he gives us inside details of the situation. Check it out below!